It appears that spring has started and with such sunshine, it is a delight, being able to stretch your legs in the forests around you. At the town of Begnins there is a forest of oak trees, which is a scientific reserve. Like everything around here, it is well maintained and signaled. It is a rather flat path - no inclination. In the middle of the forest we crossed a stream and small, clear lakes with an impressive mirror effect.
read more...
Updated @ 23:11 16/01/2020 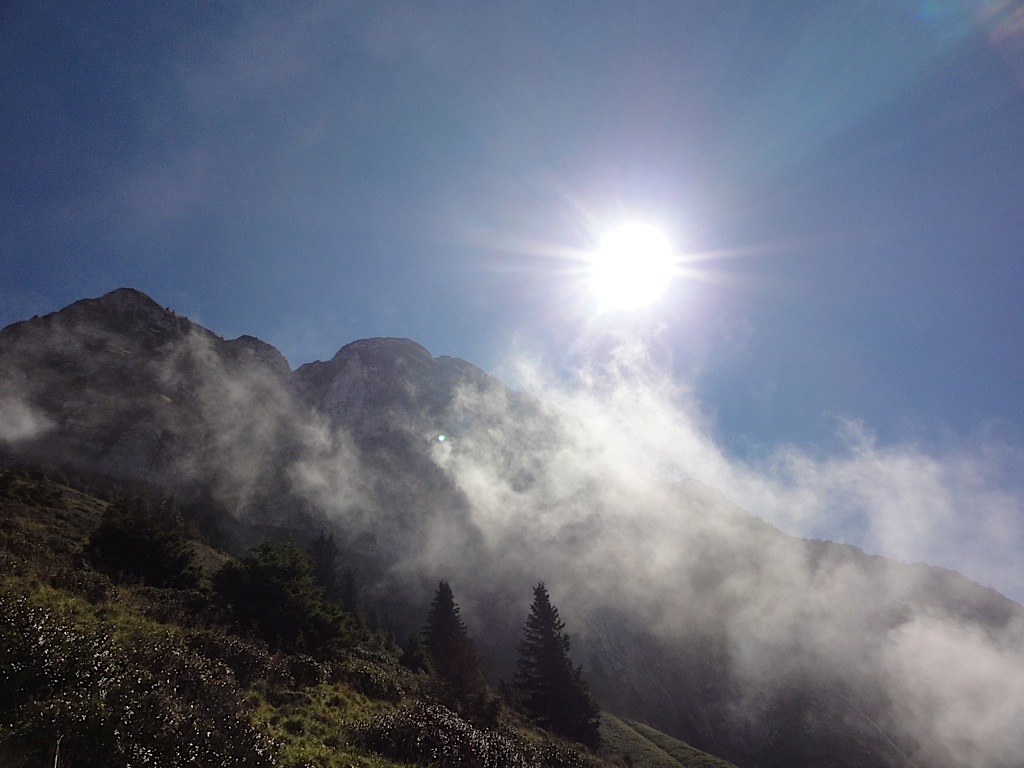 Above Montreux, there are the Rochers de Naye. The initial idea was to go from the col de Jaman to the summit, but in the end we decided to take a shortcut by taking the train that leaves from Montreaxu. The route taken by the train has some very impressive views. The excursion is rather vertical - it climbs about 500 metres in about two hours of walking. The most annoying part is that at the beginning, you constantly climb and descend, only to be at the same level. Once you arrive at the canal, the path climbs towards the col with impressive viewes of the Leman lake.
read more...
Updated @ 11:11 17/01/2020 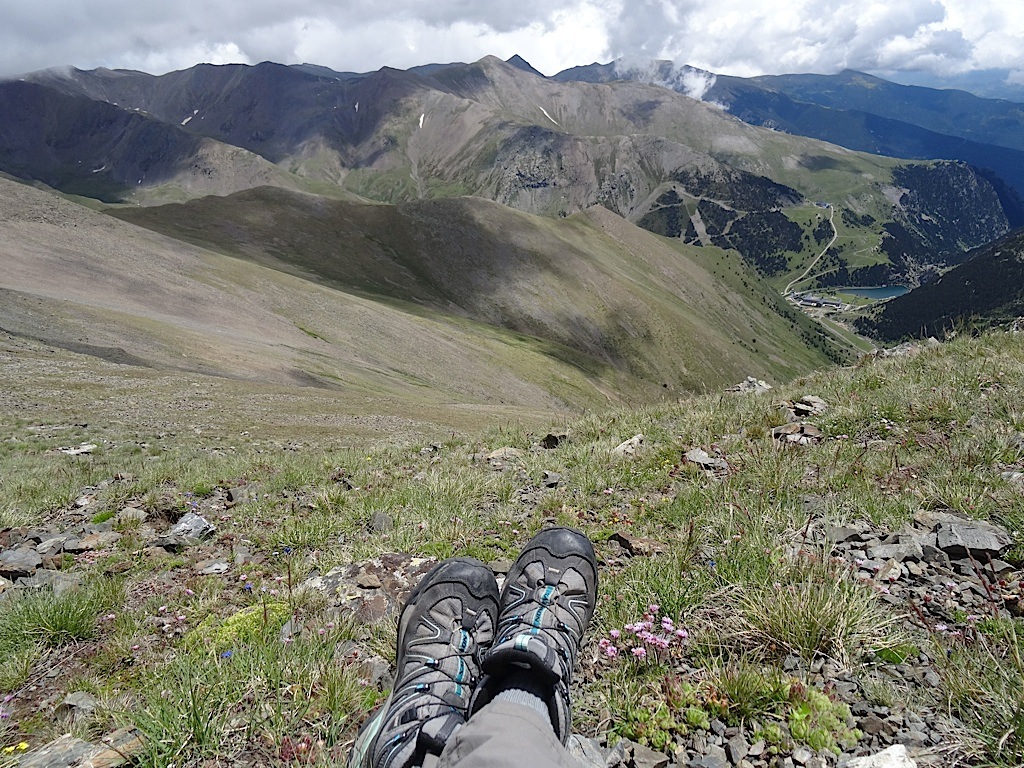 On the weekend of the 12th of July, together with Jaume, Neus and Narcis, we wanted to hike from Núria to Carança but due to the bad weather, we decided to simply hike to the summit and return. The initial idea was to go up the Puigmal but as the excursion is long and a storm had been forcasted, we decided against it. Instead, we decided to hike up Finestrelles. When we arrived back at the Vall of Núria we realised we had lost the last the train, and as if we hadn't hiked enough, we were forced to walk all the way back to Queralbs, and ended up walking for 11 hours.
read more...
Updated @ 19:07 12/09/2015 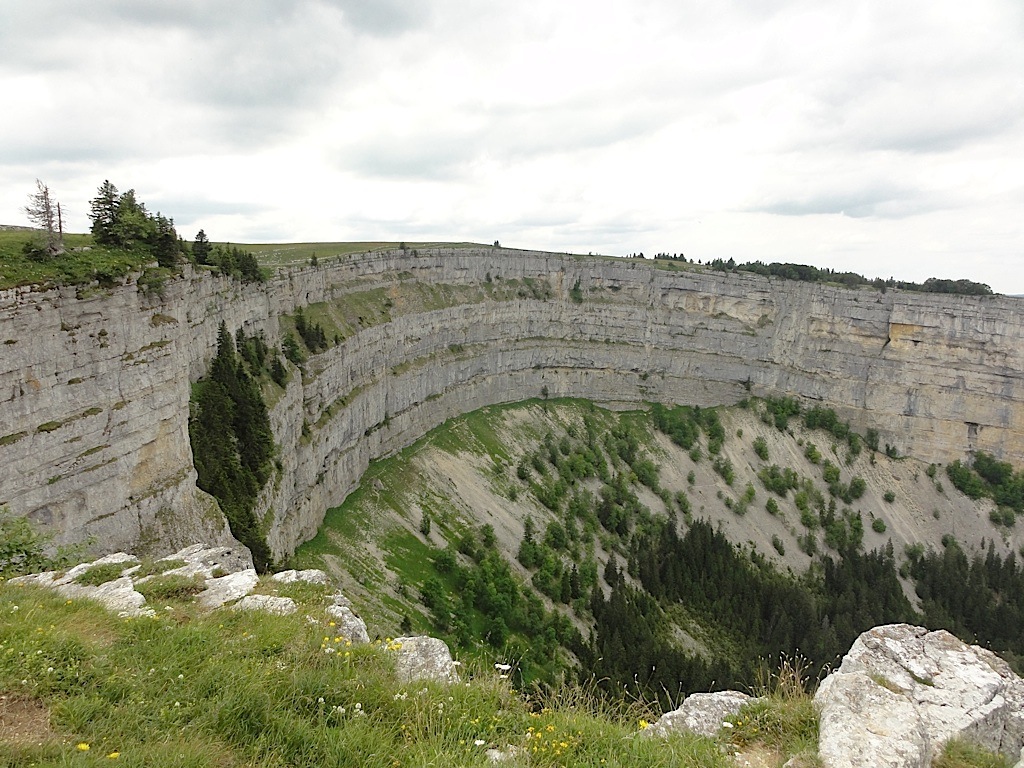 At the Vall de Travers, in the canton of Neuchâtel, we find a singular circ formation named the 'Creux de Van'. We were lucky enough to find a family of mountain goats - they were calmly grazing at our side as we were gaining altitude. The sights from the superior part of the circ are scary and it is rather annoying to see someone on a mountain bike or a stroller for children right next to you, right after your exhausing walk... but of course, they took the road to get here...
read more...
Updated @ 13:01 17/01/2020 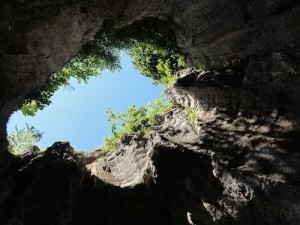 Just in front of Geneva, we have Le Grand Salève. The mountain is not very tall, but it does have a very vertical facade. In the superior part of this facade, there is an aerial passage that almost goes through the rock - it is the Corraterie. From the Corraterie we can see the Trou de la Tine, an impressive rocky formation, which seems, from far, an immensive cave, a hole in the wall but when you are inside you see there is no ceiling. Following the path a little more, we cross the Grotte d’Orjobet, a cave that is adapted with stairs that allow you to climb from 'Le Coin' until the Corraterie. The excursion is very aerial, with impressive views of the Montblanc, the region of Geneva and the Jura.
read more...
Updated @ 13:01 17/01/2020

Map View | All Languages
<< previous next >>